The Time of the Secondary Market is Back Again! 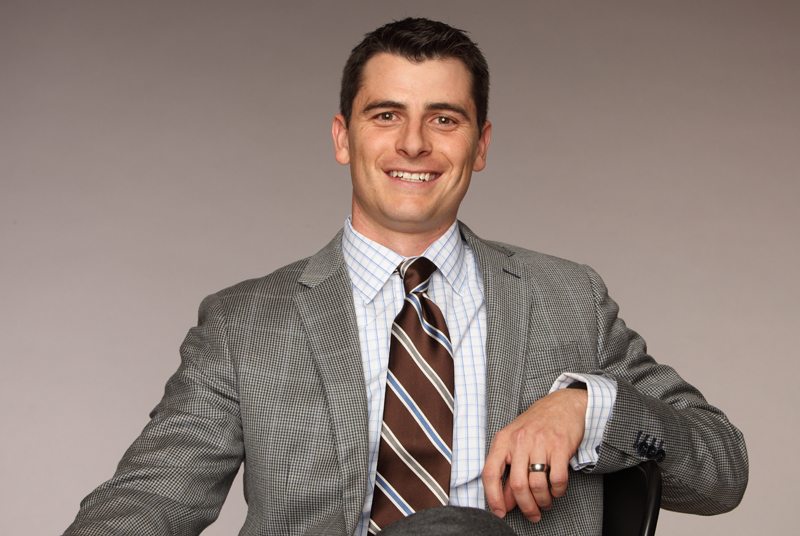 In March of 2014, Beth Mattson-Teig of Commercial Real Estate Investment Magazine wrote an article on the current trend towards secondary markets titled “Surf’s Up — Investors Catch the Wave in Secondary Markets”.  You can find the link to the article here or the full text is below.  I believe that this trend is interesting and valuable to understand as it relates to the Utah Commercial Real Estate Investment Market.

Surf’s Up Investors catch the wave in secondary markets.

Secondary markets are riding a wave of recovery that has brought a welcome resurgence of investment sales activity. The expansion into secondary markets is the theme du jour in the commercial real estate market. “We have seen a massive movement of capital from primary locations to secondary locations, both on the equity and debt side,” says Dan Fasulo, a managing director at Real Capital Analytics in New York. “That has created not only an explosion of investment activity, but a corresponding rise in values in these secondary markets,” he adds. Growing confidence in the economic and commercial real estate market recovery has been a boon to investment sales in the past 18 months. Fueled by interest rates that remain near historic lows, investment sales surpassed $355 billion in 2013 — up 19 percent over the $299 billion in sales that occurred in 2012, according to Real Capital Analytics. After a considerable dry spell, secondary and even tertiary markets across the country are experiencing a spike in investment sales. That momentum is expected to continue in 2014 as investors both increase and broaden their interest in secondary markets as they search for higher yields. Certainly, secondary markets in Texas, such as Houston and Dallas, as well as West Coast markets including the likes of Portland, Ore., and Seattle have been on the short list for the past year. But investors also are stepping up buying across the country in markets ranging from Las Vegas to Nashville, Tenn.

“In general, there is so much more confidence among investors that they are willing to take more risk than they were in the past, and they are more willing to step up and buy properties that they were not willing to a year or two ago,” says Dave Winder, CCIM, director of office and investment properties at Boise, Idaho-based Cushman & Wakefield/Commerce.

For many markets, that confidence stems from marked improvement in the local economies. In Boise, for example, the unemployment rate has dropped from a high of around 10 percent to now below 6 percent. “It hasn’t been stellar job growth, but there is good job growth occurring,” Winder says. A significant amount of employment in Boise is driven by the residential market. Mortgage financing and residential construction stopped in 2007 and 2008 and now that industry is coming back, which is helping to drive the broader economy, he adds.

Commercial investment real estate sales have been on the upswing since 2010. The increase in investment sales nationally is creating a trickle-down effect across markets. Greenville, S.C., for example, saw an uptick in activity in the past year among both buyers and sellers as more properties landed on the for-sale market.

“The activity that we are seeing now across the board in office, industrial, and even retail has been terrific,” says Brian Young, CCIM, SIOR, a senior vice president and managing broker at Cushman & Wakefield/Thalhimer in Greenville. In 2013, about $250 million in sales had either closed or were under contract for sale at year-end.

That is an impressive amount for a market the size of Greenville, which is home to about 840,000 people in the surrounding metro area. Although the number of transactions has increased, the total volume also was bolstered by a single large transaction. Cushman & Wakefield/Thalhimer listed the 2 million-square-foot Adidas campus last fall. Young expects that property, which will continue to be leased long-term by Adidas, to sell for about $125 million.

Although large institutional investors and real estate investment trusts are generally the ones that grab attention for their transactions, the lifeblood for many secondary and tertiary markets remains the smaller local and regional investors. Traditionally, Boise is an investment market that has been dominated by local and regional buyers and now that the sales market is rebounding, those same players are back and actively looking for new opportunities. “In the last year, transaction activity has increased exponentially in my market,” Winder says.

For example, Cushman & Wakefield recently brokered the sale of a 25,584-sf medical office building in downtown Boise. The building is 100 percent occupied by strong tenants, most of which have long terms remaining on their leases. It was purchased by a local investor with an out-of-town partner. The property sold for a lower-than-typical capitalization rate of 6.5 percent due to its strong tenants and stable, long-term cash flows.

Canadian buyers also have stepped up their buying activity in Midwest markets such as Minneapolis and Columbus, Ohio. They see opportunities to buy properties as real estate markets improve. And they also are using those investments as a hedge against the U.S. dollar, notes Shad Phipps, CCIM, a senior associate in the investment properties/private capital group at CBRE Capital Markets in Columbus.

In Columbus, Canadians are acquiring quality, multitenant office buildings in good locations that are still priced well below replacement value. For example, Montreal-based Amcor Holdings has acquired seven office buildings totaling about 950,000 sf from AEW Capital for $25.1 million. “I think there is opportunity here, and I think that is ultimately what they are looking for,” Phipps says.

The lure of higher returns has served as a magnet to draw capital to the secondary markets. Investors are clearly driven by the need to boost yield. Buying property in Manhattan or San Francisco at a 4 percent yield per year is just not going to cut it, Fasulo says. “So, all of a sudden places like Minneapolis and Pittsburgh and Phoenix that were considered a little risky have now come back on the radar,” he adds.

After moving to a near 10-year high, the price spread between properties in primary and secondary markets has started to narrow again. Pricing among the six major metros rose 9 percent through October 2013, while prices in non-major metros were up 13 percent, according to Real Capital Analytics.

Competition and bidding wars for core properties in gateway cities such as New York, San Francisco, and Washington, D.C., have prompted buyers to expand their list of target markets. “As these investors continue to look for a certain yield, they have been forced to look in secondary and tertiary markets like Greenville,” Young says. For example, Cushman & Wakefield/Thalhimer had the listing on a 221,000-sf industrial building in south suburban Greenville. The property drew about 10 offers and had five serious bidders that made it to the third round. Exeter Property Group, a Pennsylvania-based private equity firm, ended up buying the building in November for $9.7 million or a cap rate of 7.5 percent.

Typically, investors can find investments that generate returns higher than in primary markets. For example, Lexington currently has a triple-net-leased Walgreens property listed that will likely sell at a 5.5 percent to 6.5 percent cap rate. Even though that is an aggressive cap rate for Lexington, it is still well above the 4 or 4.5 percent cap rate that similar “A” credit net-leased deals could draw in larger cities.

Although buyers are making decisions based on their own unique investment criteria, there are two distinct strategies that have emerged. One group of investors is searching for stability and cash flow, while at the opposite side of the spectrum are those buyers pursuing the higher yields of value-add opportunities.

Both strategies are in play in the Columbus market. For example, CBRE recently represented the lender on the sale of a real estate-owned retail property that was 42 percent occupied in suburban Columbus. The 26,150-sf retail strip center ultimately sold to a local private investor for well below replacement cost at $850,000 or $32.50 per square foot. The new owner has since invested in the property, improved occupancy, and now has a property with positive cash flow. “These are the types of projects that, when bought at the right price and managed correctly, will produce quite a return for the owner,” Phipps says.

Buyers are more hesitant when it comes to acquiring properties that fall somewhere in between those two categories, Phipps notes. Those stabilized properties that are priced at market are generating less interest, because there is still some leasing risk. So, it lacks the security of a triple-net-leased property and also the upside of a more value-add buy.

There is a risk that rising interest rates could create price uncertainty, which could slow investment sales. However, some industry experts believe that concerns of higher interest rates are offset by improving market fundamentals in terms of rising occupancies and rents. “I see a wave of capital built up that feels every bit as deep as 2007,” Fasulo says. “I think you will see a continued expansion of recovery to different geographies around the country and into almost every property sector, irrespective of interest rates that may be moving higher. There is just too much capital right now.”

Beth Mattson-Teig is a business writer based in Minneapolis.