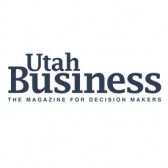 I recently read an article written by Mike Chappell in the September 9th issue of Utah Business Magazine. The article explains how square footage is calculated helping giving you a few more tools when making commercial real estate investment decisions in Utah.

Misunderstandings regarding the method of calculating square footage in office buildings has been at the root of many disagreements between landlords and tenants.  This is especially true in smaller markets and with young companies who have been through the leasing process.

The full text article is included below or you can click the link to go to the website directly and read it. I hope you find it useful.

For Good Measure: Understanding how square footage is calculated in your lease

One of the complexities tenants face when entering into an office lease involves understanding the measurement of their space for the purpose of calculating rent. While this might seem like a simple square-footage calculation, it’s usually anything but. In multi-tenant buildings, the number of square feet tenants “rent” is higher than the number of square feet they “use,” typically by as much as 7 to 20 percent.

Here I will explain the methodology behind different square footage calculations to help you make better-informed leasing decisions.

The useable square footage (USF) of an office suite is the space a tenant occupies. In most cases, this area is calculated as if interior walls and columns don’t exist. A tenant’s rentable square footage (RSF) is the USF plus a portion of the building’s shared or “common areas,” including lobbies, restrooms, hallways, telephone and electrical rooms, and perhaps shared conference rooms, workout facilities and showers. Landlords require tenants to pay for their proportionate share of common areas and therefore the monthly rent is always calculated on RSF.

The difference between the RSF and USF is referred to variously as the “load factor,” “loss factor,” “common area factor,” or “add-on factor.” Expressed as a ratio, a building’s load factor is calculated by dividing the RSF by the USF.

When evaluating office space options, tenants should compare load factors. Landlords or their representatives should be able to provide these numbers. A lower factor is indicative of a more “efficient” building, giving the tenant more useable space for the rental dollar. However, if a more elaborate office environment with more spacious common areas is desired, a high load factor (as much as 20% or higher) could be acceptable.

Further complicating a tenant’s leasing decision is the fact that methods used by landlords to calculate USF and RSF can vary, making apples-to-apples comparisons difficult. In most U.S. cities, USF and RSF are calculated in accordance with standards established by the Building Owners and Managers Association (BOMA).

The lease proposals tenants request and the eventual lease agreements they sign should list both USF and RSF for the suite and the entire building, as well as specify that the BOMA standard has been used in calculating these measurements. I recommend that it be precisely spelled out as: “The Standard Method for Measuring Floor Area in Office Buildings published by the Building Owners and Managers Association International and approved by the American National Standards Institute, Inc., ANSI/BOMA Z65.1-2010.” Also acceptable is the “1996 BOMA Office Standard, ANSI/BOMA Z65.1-1996,” which is still used by many landlords.

To understand the slight variations between the two methods and determine which might be most advantageous in a given situation, tenants should consult a tenant-representative broker or a licensed architect.

Even when the BOMA standard is used, it is wise to have a tenant-representative broker or a licensed architect review the calculations and associated floor plans to ensure that BOMA standards have been properly applied to the characteristics of the building. It’s not uncommon to find “grey” areas where some negotiation is warranted. When dealing with a large office lease—or if there is doubt concerning the accuracy of measurements provided by the landlord—tenants should consider having an architect take it one step further by field-measuring the space before they sign a lease.

Tenants considering leasing commercial space outside the United States face extra complexity. The consistency and transparency offered by the BOMA standard do not exist in most countries. In 2014, an international group of organizations developed and implemented global standards for measuring real property—the International Property Measurement Standard (IPMS)—but it will take more time before this is implemented widely.

Most tenants, and even a good number of landlord representatives, don’t fully understand the intricacies of determining RSF, and yet variations can lead to large differences in the amount of rent tenants pay—as much as $100,000 over the five-year life of a 25,000 RSF lease. In this and all other aspects of commercial real estate leases, it pays to make the extra effort to understand exactly what you’re paying for and exactly what you’re getting in return.

The next time you sign a new lease or negotiate an extension to your current lease, consider retaining a tenant-representative broker who understands the complexities of commercial leases and can help you achieve the lowest costs and greatest benefits from your office space.

Mike Chappell is a senior advisor at Cresa Salt Lake City, where he specializes in office and industrial tenant representation.  For more information, visit cresa.com/saltlake.