Revenge of the Secondary Markets 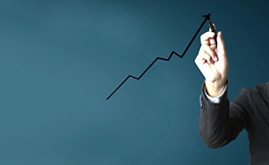 Newmark Grubb Knight Frank, as part of its Friday Market Insight series, recently published an analysis of an employment report produced by Real Capital Analytics. The chart below shows the top markets in the country in terms of job growth. Salt Lake City ranks 5th in the nation—which is good news for those investing in commercial real estate in this region. Please see the chart as well as the text of the report below:

As commercial real estate property investors migrate to secondary markets in search of yield, they are focusing on locations with the strongest employment gains, according to a recent report from Real Capital Analytics. Which markets does this include? The above graph shows the top 10 large metro areas with the fastest job growth rate over the past 12 months, as well as the bottom 10 large metro areas adding jobs at the slowest pace or losing them.

The Texas markets are in a class by themselves with Austin, Dallas and Houston – boosted by the energy, information and healthcare sectors – all growing about twice as fast as the 1.7% year-over-year growth rate for the U.S. overall. San Jose/Silicon Valley is also on the list of fastest job growth, although some would say it’s not a secondary market at all with its globally dominant technology base and geographic location at the southern end of the San Francisco Bay. Nashville and Salt Lake City, less obvious standouts, experienced relatively shallow downturns and have been adding jobs consistently since emerging from the recession. The other four markets on the list are more surprising: Indianapolis, with expanding healthcare and logistics sectors, has a diversified economy and low business and living costs. Three classic Sunbelt markets – Tampa Bay, Phoenix and Jacksonville – fell hard during the recession and are now rebounding.

Four of the 10 slow growth/no growth large metros are in the Midwest (Cleveland, Dayton, Milwaukee and St. Louis); three are in upstate New York (Albany, Buffalo and Rochester); and two are in the Southeast (Birmingham and New Orleans). Honolulu makes the list, too.