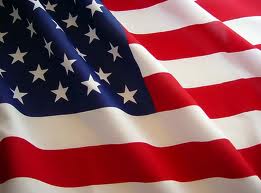 The Election and Commercial Real Estate
As the country went to the polls last week there were many issues influencing how the American people chose to vote. The country’s opinion regarding who would be the best leader of the free world for the next four years was split even among similar demographics with a few exceptions. In the end the voice of the people elected President Obama to be our leader for the next four years.

With the election over, those who voted for Obama and as well as those who voted for Romney are left to wonder what the effect of that decision will be on their individual self interests. How will their lives and industries be affected over the next four years and beyond? The intent of this post is to discuss what effects this election may have on the commercial real estate market in Utah. It is not intended to be an exhaustive document but to touch on some of the ways that the election results may affect us in the commercial real estate industry.

Many in the commercial real estate industry have looked forward over the past few months to the election with hopes that either result would eliminate much of the uncertainty that has plagued the real estate market this year. Many commercial real estate investors have patiently awaited the outcome as they have planned their acquisitions and dispositions this year. Other investors have disposed of property assets during the second half of the year with growing concerns of increases in capital gains taxes rates in 2013.

Surprisingly, clarity has not returned to the market with the conclusion of the election. The fiscal cliff and questions regarding the President’s economic agenda have left investors pondering. In fact, in my discussions with commercial property investors during the past week some have delayed otherwise active acquisition strategies as they attempt to understand where things are going.

The life-blood of the commercial real estate investment world is the success of the businesses occupying properties and paying rent. Although investment activity in commercial real estate has strengthened during the past year, business growth and occupancy has lagged in several areas.  Businesses have been more reluctant to grow than investor’s portfolio’s have. The most common response we hear from companies when asked about their business is that:

What this says is that they have learned to do more with less. Businesses suffered the pain of the initial downturn. They made the difficult decisions regarding cost cutting to stay alive. Now that they are again profitable they are hesitant to re-invest and grow as they did in the past.

This is all without including the effects of health care reform and how it will affect who they hire, how many people they hire and what types of positions they will be opening.

Commercial real estate is more sensitive to interest rates than probably any other economic factor. Many of the deals being transacted across the country could not get done at current pricing if interest rates were to significantly rise. Long-term fixed rate debt becomes increasingly valuable as expectations of a recovery progress.

It will be interesting to see how things progress as 2012 wraps up and we come into 2013. A significant percentage of individuals in the commercial real estate industry tend to lean right and be a little more conservative to differing degrees. Many commercial property investors express real fears of what is perceived to be a negative election result as it relates to the local, national and world economies and more particularly, commercial real estate.

The challenge that those on the right face is not what effect the election will have on the commercial real estate industry but what affect their investment decisions will have on the industry and the economy as a whole. A policy of “doing nothing” even when good opportunities present themselves may create a self-fulfilling prophecy as our fears create the very circumstances we wish to avoid.

With that being said, there are some real challenges and concerns in the economy in coming years and investors should “move” with caution and scrutiny as they always do. The most important verb in that sentence is that they do “move” and make decisions based on objective analysis as opposed to emotional fears.