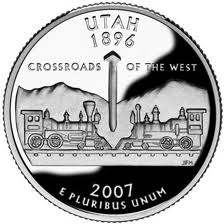 Morgan Brennan at Forbes Magazine wrote an article a few weeks ago on the fastest growing cities in the United States. Salt Lake City ranked as the 5th Fastest Growing City. Statistics such as a 3% job growth rate and 4.8% unemployment in 2012 helped to spur that designation. Additionally, Utah was ranked by the same publication as the “Best State for Business & Careers” and had the 5th highest rate of population growth in the country. A link to the full article is below along with a full text version of the article following that.

“When Chuck Gordon and Mario Feghali started Sparefoot, the 25-year-old entrepreneurs relocated to Austin, Texas, from Los Angeles, having received seed money from local tech incubator Capital Factory. Four years later, the self storage “marketplace” startup has blossomed into a 60-person company with plans to expand its presence in the state capital. The company is currently tacking on additional office space (that’s likely to include a firehouse-style pole between floors) in its downtown building.

“It makes so much sense to be here. For starters, there is a ton of bright talent to recruit from,” says Rachel Greenfield, Sparefoot’s marketing manager. “Austin in general is a very relaxed place full of smart people who work their tails off…we’re keeping our culture intact as we scale, just like Austin is.”

Thanks to the 51,000-student University of Texas at Austin, a bevy of Silicon Hills startups like Sparefoot.com, and the presence of mega corporations like Whole Foods and Dell (in nearby Round Rock), the Lone Star State’s capital is an economic powerhouse. With an estimated annual population growth rate of 3% for 2012 and 2013, a 3% rate of job growth in 2012, 4.9% unemployment, and an economy that expanded 6.3% last year, Austin takes the top spot on Forbes’ annual list of America’s Fastest Growing Cities for the third year in a row.

We started with the 100 most populous Metropolitan Statistical Areas (MSAs), which are cities and their surrounding suburbs, as defined by the U.S. Office of Management and Budget. We rated these geographic areas based on six metrics. Using data from Moody’s Analytics, we assessed the estimated rate of population growth for 2012 and 2013, the rate of job growth in 2012, and the rate of gross metro product growth, or economic growth, for 2012. We also factored in federal unemployment data and median salaries for local college-educated workers, courtesy of Payscale.com. The result is a list of the 20 fastest growing metro areas in America in terms of population and economy.

Perhaps not surprisingly, cities in Texas — which welcomed more than 427,000 newcomers from August 2011 to July 2012, according to the U.S. Census Bureau — dominated our list. Houston ranked second, behind Austin, followed by Dallas in third place and San Antonio in ninth. Robust labor markets, unemployment rates under 6% (well below the national average),no state income tax, a business-friendly regulatory environment, and strong population inflows all contributed to Texas towns’ high rankings.

Fourth on our list is the boomtown of Raleigh, N.C. Situated between Raleigh and nearby Durham is the Research Triangle Park, where more than 170 companies have outposts, including major corporations like EMC, Cisco and First Citizens National Bank. Raleigh is also home to a multitude of universities and colleges, helping create a highly educated population: Roughly 50% residents ages 25 and older have college degrees. Over the past two decades ending in 2010, the Raleigh area’s population and jobs market grew at some of the highest rates in the U.S. The population is currently expanding at a rate of more than 3% annually and job growth was 2.3% in 2012. “We have been able to grow the worker pool by attracting a good deal of the graduates from the local colleges with a great quality of life at an affordable price. In turn, it’s attracted companies in search of talent,” explains Harvey Schmitt, chief executive of the Greater Raleigh Chamber of Commerce. “Our employment numbers now exceed those at the beginning of the recession.”

Salt Lake City ranks fifth, thanks in large part to a strong jobs market. The so-called “Crossroads of the West” posted nearly 3% job growth last year on top of a tiny 4.8% unemployment rate. “Salt Lake City serves as a commercial and financial hub regionally and it has a well-developed insurance-financial sector,” notes Pam Perlich, a senior research economist at the University of Utah who specializes in city and metropolitan planning. “The economy has become very diversified.” She points to a blossoming technology presence, growth in biomedical and genetic research, and a steady energy and mining sector. Several major transportation projects like a new light rail system have helped lure new businesses and residents to the area as well.

The presence of corporations and the promise of employment have spurred Americans to relocate to the intermountain hub: “People have continued moving here even as we have lost jobs during the last three downturns in economic cycles, so our migration patterns have come to resemble larger metro areas and you see that in the increased number of foreign-born residents,” adds Perlich.

Given the fact that Forbes ranks Utah as the best state for business and careers, it’s perhaps not surprising to see two other Beehive state cities on our list: Provo (No. 7) and Odgen (No. 20). Utah boasts an economy that has expanded 2.3% annually since 2006 (compared to a national rate of 0.5%). It logged the fifth-highest rate of population growth last year, according to the Census Bureau.
A surprise on our list is Phoenix at No. 8. Hard hit by the bursting of the housing bubble, the desert metropolis is welcoming a fresh influx of newcomers, particularly from California and the Midwest. Its projected population growth rate of 2.7% for 2013 is the fourth highest of any city on our list. The jobs market is beginning to make a comeback too. “Population growth is a key catalyst of Phoenix — and Arizona’s — economic growth,” says Lee McPheters, a director of the JPMorgan Chase Economic Outlook Center of Arizona State University’s W. P. Carey School of Business. His research team does its own economic rankings each month based on Bureau of Labor Statistics data; it resembles Forbes’ findings. He says employment is on the rise in construction, the service sector, healthcare and warehousing (Amazon has an outpost in the area). “Interestingly, it’s younger people ages 20-29 coming in now who don’t have a house to sell, are unmarried, that are the driver of growth here now.”

For more information on property investment in one of the fastest growing cities in the United States, click through the other articles on our blog.